VOLUNTEERS AND VETERANS GEARING UP TO RE-ROOF ARMY MAJOR MARK YIM AND BETY YIM’S HOME NEXT WEEKEND (09/12/2015) IN BUENA VISTA, CALIFORNIA
FOR IMMEDIATE RELEASE 09/01/2012
Who: The Fuller Center for Housing of Los Angeles (FCHLA)
What: Volunteers will repair Major Mark’s home leaky and failing roof
Where: Buena Park
When: September 12, 8 a.m. – 3 p.m.
(Long Beach, CA) – The Fuller Center for Housing of Los Angeles and veteran volunteers are gearing up to repair wounded serving Army officer, Major Mark Yim, Betty Yim and daughter Asheley’s family house’s leeky and severely damaged roof, restoring the roof and making it a habitable place to live and raise his family on September 12, in Buena Park.
Major Yim was injured while on a health & welfare inspection mission of a Forward Operation Base (F.O.B.) in Afghanistan. He was on a helicopter which was landing at the F.O.B. right at the moment the F.O.B. came under an enemy mortar attack. The helicopter’s crew chief called out, “In coming!”, causing a fast exit of the aircraft. During the exit, Major Yim was thrown from the helicopter and he severely injured his right shoulder and right arm. He was evacuated and given emergency treatment to stabilize his injuries for return to the US for further treatment.

After his emergency treatment, he has returned home to his wife, and 10 month old daughter, Ashley. Once home, Major Yim and family began his primary treatment and recovery which will include major reconstruction operation to his shoulder and several procedures and months of physical therapy.
The Yim’s plight illustrates the plight of a great need of our veterans and active duty service members who must deal with the aftermath of their service to our Country. Affordable and habitable housing for our warriors is one our Country’s most pressing problems, with 21.8 million veterans, of that, 2.9 million are disabled. Even though President Obama has prioritized aid to veterans, resources are thin and stretched to the breaking point.
FCHLA has joined with veteran and the community to help our warriors live in safe and habitable housing so that they can provide for their families when a helping hand is need.
For more information on this event contact Jayson Perry at jperry@fullercenterlosangeles.org and (323) 246-5524. 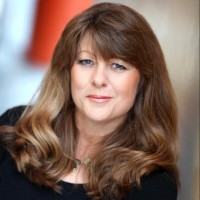